How did Canton Food take a bite out of the business world?

Shiu Kwan felt the bustling bazaars in 1969 Los Angeles-based Chinatown were missing something: Chinese barbecue. His meat stall became very popular, which led him to expand and make inroads into the Asian food industry. After applying for the first live chicken and duck store license and obtaining a U.S. Department of Agriculture (USDA) Organic Certification license, he began to explore unique marketing opportunities.

With Kwan’s courage and determination, he founded the Canton Food Company, a leading wholesale restaurant supply company located in the heart of Los Angeles. However, he couldn’t have realized his dream without the help of Cathay Bank and its founder, George T.M. Ching.

The best business banking solutions for a Chinese American startup

Back when he was still selling meats and other products in Chinatown, Kwan learned of the enormous Canton Fair, the largest trade fair in China. He was excited to get involved in trade between Asian countries and the United States, and he wanted to attend the fair. But he couldn’t participate without first getting a letter of credit from a bank. And that was a problem.

At the time, a majority of the banks in the United States were reluctant to work with Chinese American borrowers. Only a few financial institutions actively worked with Asian immigrants, notably Cathay Bank.

After listening to Kwan’s needs, Ching offered his support. As Kwan recalls, Ching told him, “If you feel that you have money to earn, just buy it (the business license and necessary items), and I will help you.” Kwan was deeply touched by Ching’s support and commitment. Kwan attended the Canton Fair, growing his business even more.

The relationship between Kwan and Ching began with a business transaction, but it moved beyond banking. Thanks to their common background, language, and culture, the men became friends. Frequently, they would share afternoon tea, exchanging business ideas and discuss life.

Eventually, Ching would play a significant role in the life of Kwan’s son, Cho W. Kwan, who took over the thriving Canton Food Company when he reached adulthood.

Today, Cho W. Kwan is the CEO and President of Canton Food Company, but he wasn’t always familiar with entrepreneurism. When he was a young man barely out of his teens, his father sent him to buy a forklift. The salesman asked Cho W. Kwan whether he wanted to purchase or lease the equipment. Kwan didn’t understand what “leasing” meant. One phone call to Ching gave him the answer. Although Ching was a bank executive, he took the time to educate him. Kwan never forgot the kind gesture.

Over the years, Cathay Bank has helped Canton Food Company in its quest to provide the best-quality products at affordable prices to customers. Canton Food Company’s wide selection of merchandise lets them serve the greater Los Angeles district and win sales from larger, nationwide wholesalers. Thanks to his second-generation Chinese American experiences, Cho W. Kwan has instituted innovative management and marketing practices, including online shopping and a diversified product line.

Learn more about the many ways Cathay Bank supports businesses through its banking solutions and personalized service.

This testimonial was voluntarily provided by the customer, who was not paid or provided with free products or any other benefits in exchange for such. 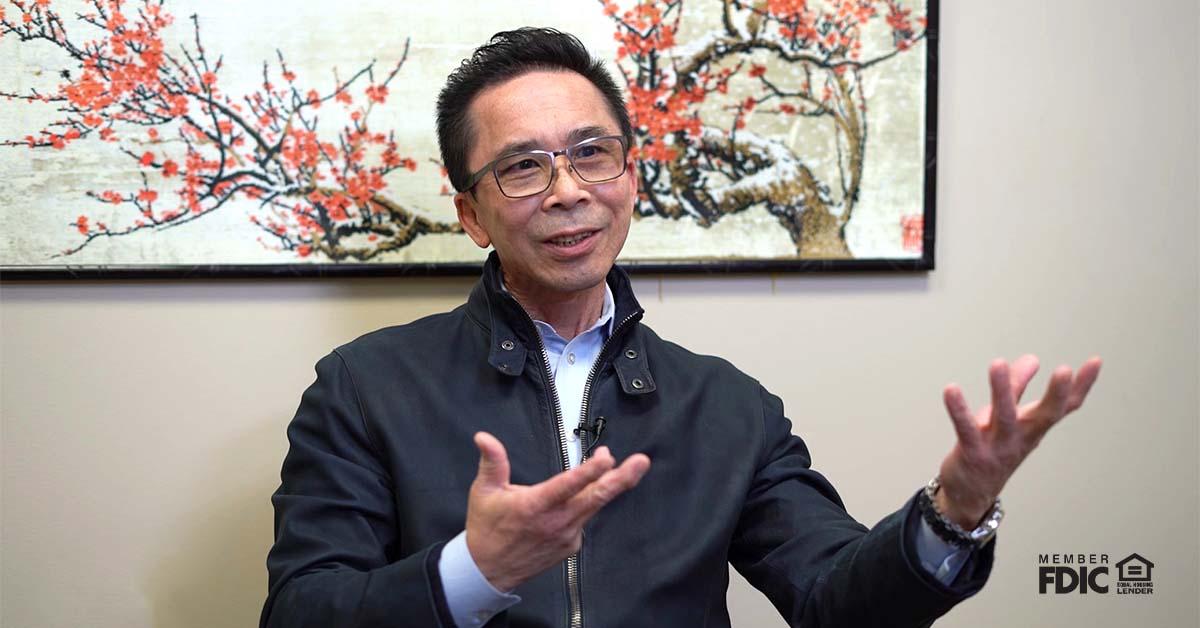