In the 1960s, George T.M. Ching realized that Chinese Americans were being turned away by local banks when they attempted to obtain credit. In that moment, he knew he had to change the banking system in America for them.  Since then, Ching had dedicated his career to help the Chinese American community overcome challenges in their quest to secure credit and start businesses.

Born in the United States in 1914, Ching spent part of his childhood and young adult years between the U.S. and China. He attended Stanford University from 1937 to 1939, where he earned a master’s degree in economics with an emphasis in banking. Ching began his banking career in Hong Kong after World War II, but with the changing political climate in China, he and his family decided to move to Los Angeles in 1951.

With a work ethic that rivaled only his dedication to his family, Ching worked three jobs to support his family. He worked the night shift reconciling cash registers in a department store, where he devised a more efficient system for reconciliation enabling him to complete his work in one hour instead of four. Ching was determined to not only put in the work, but also find ways to improve business processes along the way.

With Ching’s natural propensity for numbers and creative thinking, he opened the first bank founded by Chinese American in Southern California once he recognized the inadequate banking services available to the Chinese American community.

Only the beginning: A local bank helping the community

“At the time, there had never been a bank in the Chinese community here in Los Angeles,” Deborah Ching, George Ching’s daughter, remembers. “And people didn’t know how to use (local banks’) services.”

To have any business impact in the community, George Ching knew that he needed to educate people about how banking services could help families grow and support local businesses.  He rolled up his sleeves, took on the role of a financial literacy ambassador and spoke to community members, one-by-one, about the benefits of banking.  Soon, people started coming through the doors of Cathay Bank.

“He could see that [the inability to get a loan] was a great disadvantage for the people in the community,” Deborah says, “and that affected how to start a business, how to start a home, how to buy a car even or send your children to school. And that’s what he wanted to help with.”

George Ching also found great satisfaction in providing first-generation Chinese immigrants with the credit they needed to start their own business. He empowered them to be the master of their own destiny and business owners in their community. Today, Ching’s passion for empowering his community lives on.

“I think he has an enduring legacy, for what Cathay Bank is today, and for its ability to educate their children and for those children to go and contribute to the world,” Deborah says. “We all stand on others’ shoulders.”

When his Chinese American community called, Ching answered. He is an integral part of the Los Angeles Chinese American history, and his legacy of helping the underserved communities lives on through his family and Cathay Bank. 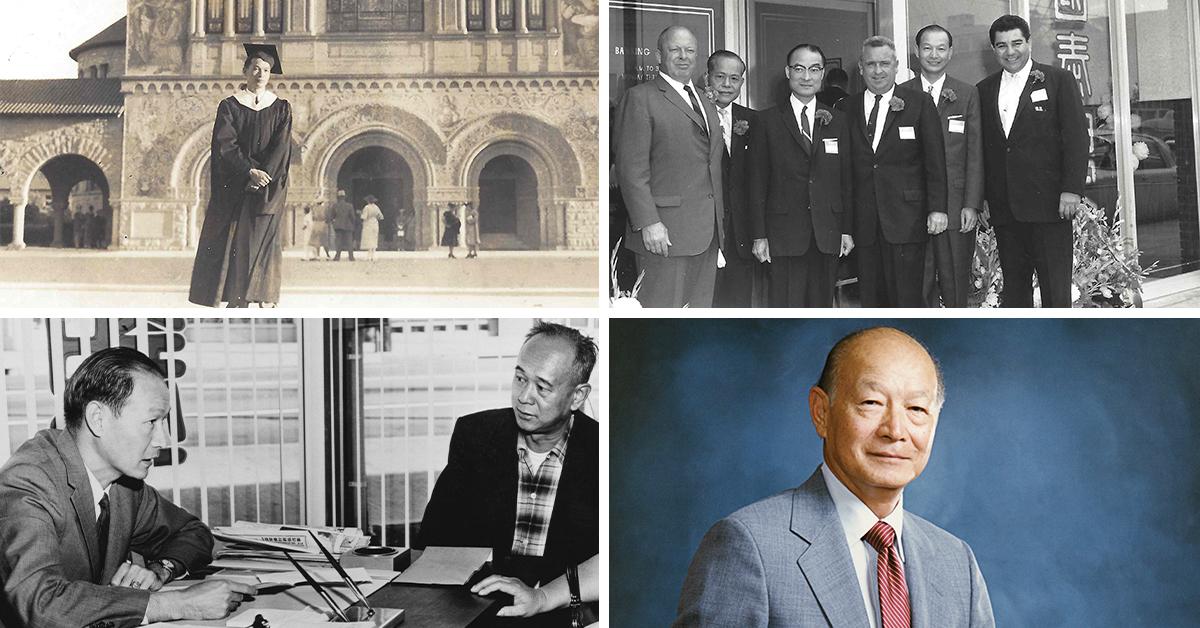