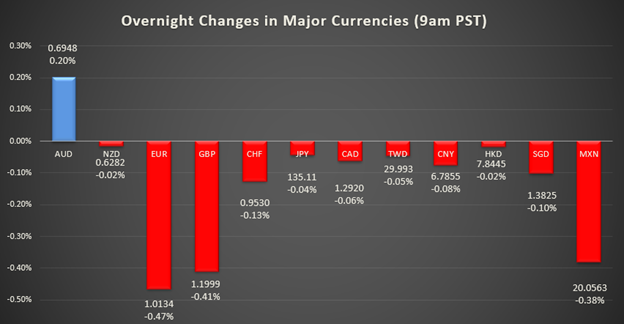 This market update is prepared by Cathay Bank for informational purposes only and does not constitute any form of legal, tax or investment advice, nor should it be considered an assurance or guarantee of future exchange rate movements or trends. This information is provided without regard to the specific objectives, financial situations or needs of any recipient. Cathay Bank does not make any representations or warranties about the accuracy, completeness or adequacy of this market update.

Our specialists are happy to assist you with all your International Banking needs. Please reach out to our team for more information.