Business in the eye of the storm

In recent months the political relationship between the U.S. and China has slumped to a low point. After a two-year trade war between the two largest economies in the world, in January the Phase One trade agreement was signed. However, the Phase One truce was soon threatened by two unexpected events: (1) the coronavirus pandemic and (2) the Hong Kong National Security Law. As the pandemic spread across the globe and the National Security Law — which in the eyes of the West was a violation of the Sino-British Joint Declaration treaty guiding the transfer of Hong Kong from the U.K. to China — was put into place, we observed a hardening of the U.S. Administration’s position with respect to China, and a reaction by Beijing, that has now created new roadblocks both to the implementation of the Phase One agreement, and to a heretofore anticipated return to pre-trade war economic relations.

As an example of the change to U.S. public policy towards China, consider the July 7, 2020, remarks of FBI Director Christopher Wray.1 In his speech he stated that the greatest long-term threat to U.S. information and intellectual property, and to U.S. economic vitality, is the counterintelligence and economic espionage threat from China. He also stated that he did not mean that the U.S. shouldn’t host Chinese visitors and welcome Chinese students, the first an export of tourism services and the second an export of education services. However, U.S. policy, ostensibly due to the pandemic, has been to do just that.

U.S. policy initiatives include sanctions set out in the Hong Kong Autonomy Act; the Uyghur Human Rights Policy Act; an increase of U.S. military activities near Taiwan and in the South China Sea; and an executive order to end Hong Kong’s special status. The Chinese position is that Taiwan, Hong Kong, the South China Sea, and the Uyghur people are all internal Chinese national issues and foreign governments ought not interfere. Their response, to summarize, was to state that, “If the U.S. wants to keep playing tough, China will fight it to the end and will never compromise or surrender.”

We argued in the previous U.S. - China economic relations report that there was a very good chance that the Phase One agreement would not be fully implemented. That still seems to be the case. With respect to a Phase Two agreement, the U.S. President said that it is not under consideration and that it is not likely at this point. With a U.S. election coming up and China’s hardliners becoming more influential, it is hard to imagine the political environment will improve over the next 12 months.

While all this sounds ominous for trade between the two countries, the data indicate that in fact, it did not matter much. The long-term implications are clear, this is just the eye of the storm; a calm as businesses adjust to the new realities of international trade. At the same time, it provides a strong indication that the supply chain network that U.S. and Chinese companies have set up is complicated and costly to unwind.

The global recession reduced world trade in general and U.S./China trade in particular. What is perhaps surprising is that though there is a deterioration of the political relationship between the U.S. and China, the trade data shows no evidence of it. The top five trading partners for the U.S. are China, Mexico, Canada, Japan, and the U.K. For each (Figure 1) exports declined during the first 5 months of 2020. Some of this is due to a decline in intermediate goods, those exported from the U.S. to be used in final assembly and re-exported back to the U.S., and some is due to a decline in domestic demand in each of the five countries. The decline in exports to China (-6% compared to the same period of 2019) is about what one would expect in a recession and comparable to the -7% for Germany and -7% for Japan. Exports to Canada and Mexico which include a large component of intermediate goods fell by -20% and -24% respectively over the same period.

With respect to imports, the same picture emerges (Figure 2). The decline in imports from China is large at -20%, but so are those for Canada and Mexico at -19% and -21% respectively. For Germany and Japan the numbers are -11% and -17%. As the U.S. grows out of the recession, we expect there to be an increase in imports across the board. However, our forecast is for households to save more in order to repair their personal balance sheets. As much of the imports from China are for discretionary consumption, the rebound might be less than that for other countries. In Figures 1 and 2 the next 15 trading partners are displayed, but as is seen in the charts, these are small relative to the top five, and therefore not as consequential.

How does this relate to the Phase One agreement? In the agreement, China is to purchase up to $263 billion of goods and services from the U.S. in 2020. Recall that the agreement had language that allowed for circumstances in which the trade quotas were likely not to be met. In terms of goods, as of the first five months, China completed only 23% of the annual target. In part the suspension of ship and air traffic between the two countries due to the pandemic is to blame. A fall in commodity prices also contributed. In addition, China went into a recession and the agreement does not mandate China to force its citizens to purchase more U.S. goods and services, particularly in tourism to the U.S. and education at U.S. colleges and universities.

Figure 3 presents the U.S. service sector exports to the world for the first five months of 2018, 2019 and 2020. The largest declines are in travel and in transport as a consequence of global pandemic travel restrictions at -41% and -33%. Though a breakdown by destination country is not available at this time, the lack of aggregate increases in service exports provides no evidence of significant purchases of U.S. financial services nor of IP licensing by Chinese firms. In short, the chance of China fulfilling the 2020 60% increase in imports goal is slim.

During the first five months of 2020, the sum of China’s world exports and imports declined by around 7.7% compared to 2019. That is a smaller reduction compared to total world U.S. exports (-15%) and imports (-12.6%). As shown in Figure 4, China exports to U.S. (-14%), Hong Kong (-13%), India (-25%), and U.K. (-15%) were larger than to other partners. Similar to U.S. exports shown in Figure 1, exports to Japan, South Korea, Vietnam, Taiwan, and Singapore only moderately declined and in some cases even increased. As these countries have had better control of the pandemic, household consumption has likely fallen less and is a factor in their import demand.

For China’s imports (Figure 5), the five largest partners are Taiwan, South Korea, Japan, Australia, and the U.S. While China’s imports declined from the U.S., South Korea, and Japan, imports from Taiwan and Australia did not. The latter two export intermediate and primary goods, and the data reflect early indications of China’s resumed economic growth.

In the wake of the pandemic and the Hong Kong National Security Law, the fundamental difference in ideology between China and the West has resurfaced. In the past three decades of the golden era of globalization, the U.S. maintained an engaged economic and political relationship with China putting aside other differences. In today’s political sphere, those intimate ties have now lost ground. But in the economic sphere, there is as yet no indication of the same. Our current view is that the economic sphere is in the calm eye of the storm. The rationale stems from the implementation of the National Security Law by Beijing in spite of strong international pressure to not do it, and the fact that neither of the candidates in the U.S. election are taking a soft line with respect to China. We also expect the process of economic decoupling will be slow and that it will play out over a number of years. 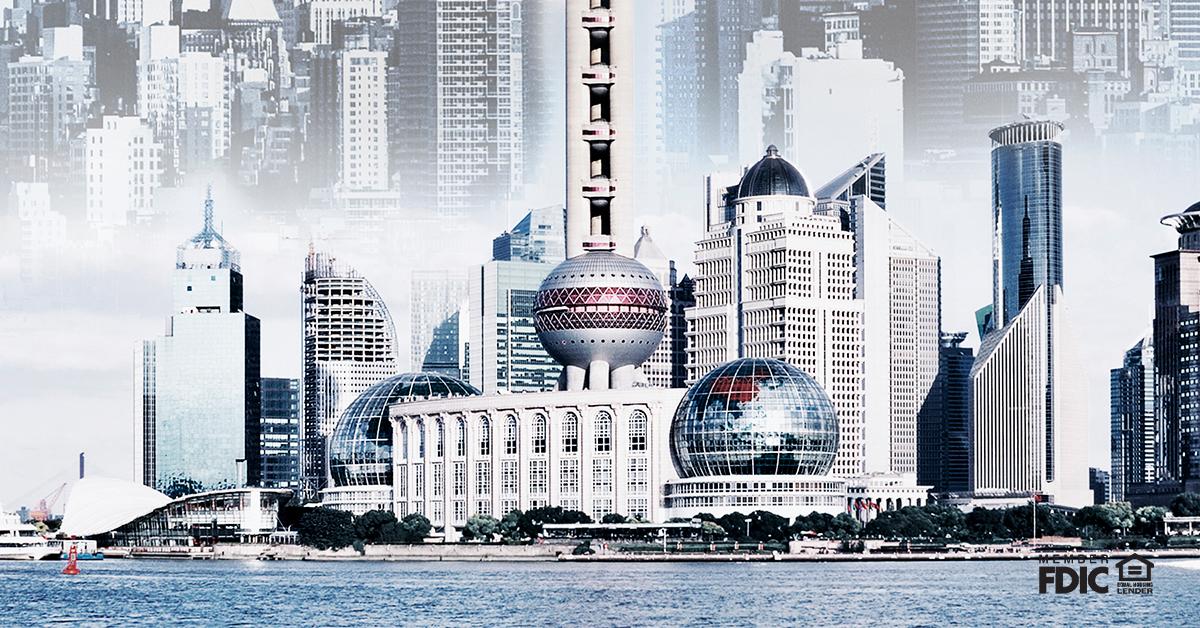 Continuar
-A A +A